The Legend of the Blue Coyote

Long, long ago, before there were people on earth, and animals could speak to one another, there was a magic lake in the desert. It must have been magic, because no river was seen to flow in or out of the lake.

Bluebird was an ugly color then. It went to the lake and bathed 4 times every morning for 4 mornings. Each time it sang: “There is the blue lake, I go in, I am all blue.” On the 4th morning when it came out, its feathers were bright blue!

Coyote was so proud! He strutted around, looking left and right to see if everyone was noticing how fine and blue he was, And so, he wasn’t watching the path and ran right into a stump. Coyote was thrown backward into the dirt. A cloud of dust rose around the coyote. He picked himself up and tried to wipe off the dirt from his new blue coat, but the dirt would not come off. 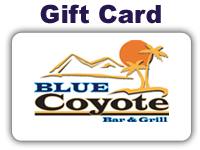